Leadership questions from the battlefield: Antietam 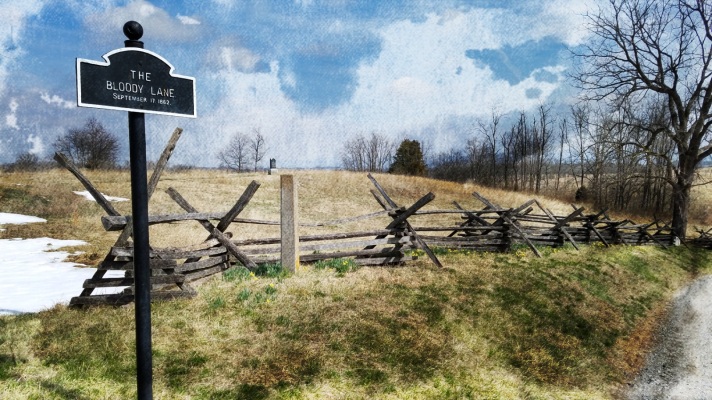 Why would you stick with outmoded tactics when the technology had advanced and called for a new plan?

Antietam is one of the best-preserved battlefields of the American Civil War, and as I walked its pastoral settings, I thought on the wisdom of the massed charge, which had been the standard battle tactic for some time – line up a regiment of your men and march them toward the enemy en masse. This worked for a time when muskets had a short range and were highly inaccurate.  But by the mid-1800s, the rifled shot had made gunfire much more accurate and deadly.  Yet the generals continued to use the outmoded tactic of throwing wave after wave of men at the entrenched positions of the enemy, often to catastrophic loss of life.

You see this at Antietam at the Sunken Road (pictured), which became known as Bloody Lane because of all the devastation there. This tactic was also used futilely to horrible loss at Fredericksburg and Gettysburg.  After Gettysburg, generals were less likely to order the massed charge, and tactics began to change, but far too late for the many men who died to their allegiance to tradition.

This causes the effective leader to ask when it’s right to move on and move forward from outmoded techniques of leadership. The inability to leave the past behind cost dearly in the battlefield and costs greatly every day in the marketplace. A great leader ought to be striving for continuous improvement and should challenge the process at every step.  What could make this better? It’s not just, if I were in charge, what would I do differently? It’s also, since I am in charge, what should I do differently?

Don’t be afraid of innovation and change…not simply change for change’s sake. Effective innovation wins battles and limits casualties along the way.

Mark Knox is an effective communicator and natural teacher who instructs with the purpose of lasting life-change. Teaching content that "takes root downward, bears fruit upward" has become his mission as he seeks for deep, clear understanding of concepts and practical application of principles. Mark has served in churches in various capacities...pastor, elder, teacher, youth pastor, worship leader. He is an educator with over 15 years of experience in middle schools in Florida and North Carolina. He has worked as a leader for companies such as Chick-fil-A, Wendy's, Ashland University, and Grandy's. View all posts by Mark G. Knox