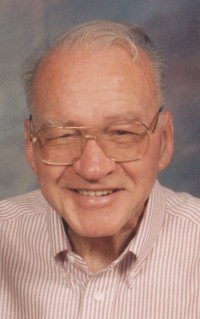 After my dad passed away, I went up to Escanaba, Michigan, to be with my mom and to take care of some things. One of the things Dad liked to do every day was to take a short walk down to the main road, stop at the local convenience store there, and buy a newspaper. Because they saved him a newspaper every day, I needed to go down and “cancel his subscription,” so to speak.

So I walked down, following the same route that Dad must have done many times, in sunshine and in harsh weather. I stopped in and introduced myself. I told them that Dad had passed away and they would no longer need to hold a paper for him. The young woman behind the counter expressed her regrets, and said, “I am so sorry! He was such a gentleman!”
It’s not too often you hear that these days, and it’s less often that you hear “gentlemanly” touted as a virtue. But once I heard that described of Dad, I knew that’s at least one way I wished to be known. I’m kinda old-fashioned that way, I guess. I dismiss ladies first from my last period classes (and much to the boys’ dismay, I don’t take turns and let them go first tomorrow). I try to look and hold a door for anyone who might be coming after me. And if someone’s wearing a name tag, I try to call them by name.

Thanks, Dad, for the example of being a gentleman. We could sure use more of that here.